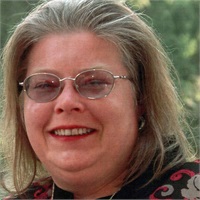 Terry is a 1983 graduate of Rutgers University who has spent her entire career in the financial services industry.

She spent her junior year of college in Mexico, where she became proficient in Spanish. Alice and Leo Santamarina, her Junior Year Abroad Directors, were like her second parents. Upon graduation, they encouraged her to apply for a job at their local bank in New Jersey, a decision that changed her career path. Rapidly progressing through several departments, Terry gained the skills to be accepted at Merrill Lynch in 1985.

After starting in a clerical position, she ended up as the firm’s Senior Financial Planner, Assistant Vice President. Merrill Lynch not only provided Terry the opportunity to earn the CFP® designation, but also a Master of Science degree in Financial Planning. She worked with thousands of clients facing unique financial planning challenges, such as parents of children with special needs, professional athletes and entertainers, and business owners.

Terry joined Edward Jones in 2002 to work with individuals and families to help them work toward their dreams. While at Edward Jones, Terry earned her AAMS® designation in addition to gaining other valuable skills and knowledge.

She truly enjoys being a financial coach to her clients and values the close relationships she has with them. Terry is proud to have joined Cornerstone Wealth Services, where she looks forward to making new relationships, and continuing to serve her clients for many years.